My Experience of Dating Apps

Before working at Dating Agency and Singles Club RSVP, I tried out a few Dating Apps. After all, in my age bracket, the most common way to meet someone is online. I had friends that had great success with dating apps and I thought it might be a fun, easy way of meeting people. However, the reality was very different and, whilst many people have met partners, there are many issues to be faced. Since working at RSVP, I have discovered that the process through a dating agency is so much better than app dating for a whole range of reasons. Here are some observations: 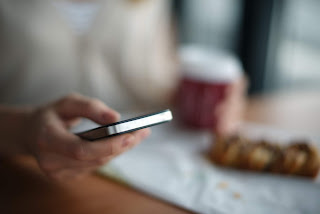 Firstly, I am going to jump right in and state the obvious: dating apps are over-saturated with users. You can create an account on them within minutes and delete an account even quicker. In comparison, joining RSVP requires investment; you have to invest your time in an meeting with a Dating Consultant and your money in the membership. This way, we know our members are serious about meeting someone.

There are so many different dating apps and dating app users, which results in a large number of people to sift through, the focus usually being by swiping left or right. You can’t really set filters other than location and age, which is frustrating. It is worth noting that the age people display in their profile may not be truthful, it is very common for people to shave a few years off their age, because who is going to catch them out? At RSVP, when interviewing prospective members, we ask to see ID to get our members true age.

You do have to put a lot of time into app dating, hours can easily be wasted away by swiping to find people of interest. You quickly find that you are in too many conversations with too many people, which naturally becomes overwhelming. Sadly I found that the conversations are often boring small talk and then didn't very often progress to a date.


Personally I found the behaviour on dating apps to be quite brutal; it is common to abruptly get ignored or ‘ghosted’ mid-conversation when it seems going well. Typically, you see someone you like the look of. 20+ other people probably like them too; they could be talking to 20+ other people too. Perhaps they like someone better that you and are putting all their attention into that, and just ‘bread crumbing’ you for back up. In all honesty, I have probably been both ‘bread crumbed’ and the ‘bread crumber’. You hope that you become their ‘first choice’ and they give you all their attention.

It is safe to say that, whilst talking to strangers online, normal social graces and good manners tend to get forgotten. Dating apps must be the most transient and disposable method of dating. Everyone is looking out for themselves and you can quickly find yourself in a vicious circle of bad manners. You could have been having a really great conversation with someone and then bang; no reply after two weeks of messaging. Did you do something wrong? Did they lose their phone? Are they in a coma? No, I think the most likely scenario is that they have had a better option come up. 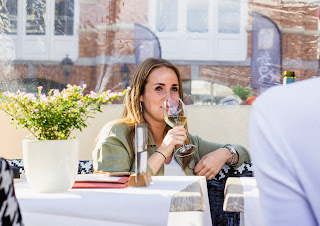 Profiles are important in whatever method of dating you are doing. At RSVP, our dating consultants write the members their profiles after a face to face interview. Some Dating App users create a profile filling it out with the maximum amount of detail; others don’t write anything at all. Pitching the profile right is important; if someone hasn’t taken the time to write anything about themselves, I view it as they aren’t really bothered and won’t have good conversation. However, at the other extreme, if someone has written an essay about themselves and their numerous hobbies, likes and dislikes, I assumed that they are only interested in themselves and probably wouldn’t have time to date me.


This is probably one of the most talked about things with online dating: it is purely photos and appearance driven, where you are judged on a couple of photos and perhaps whatever you write in the profile. These photos could be old photos from years ago - suitably filtered - or, in extreme situations, may not even be a photo of the person whose profile it is! 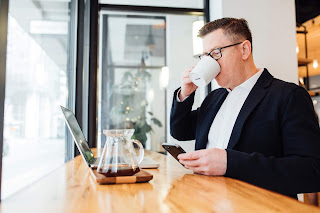 Finally, we need to discuss safety. It goes without saying that there is very little accountability online and it is common sense to meet in a public place with lots of people. There are plenty of horror stories in the media about online dates ending horribly and I don’t need to add to this. I was never put in any kind of danger or felt threatened in any way, but safety was always at the back of my mind and I did feel the need to relay to friends where I was going and with whom.


In conclusion, I quickly discovered I didn’t want to spend all day on a dating app; it almost felt like a full-time job. I swiped through so many people, so many conversations were attempted and a handful of unsuccessful dates took place that went nowhere. Whilst there is undeniable success on dating apps, it is purely because of volumes.

Since working at RSVP, I found that the process of dating offline, working with a team of expert matchmakers, is a safer and kinder form of dating. To find out more about RSVP and the different membership options, just fill out a few details and the helpful Enquiries Team will be in touch.
Posted by Events Supreme at 15:35 No comments:

Is my relationship ‘status’: “Pre-Successful”?

This is the final piece in a series of posts commissioned by RSVP from Becki Coombe. When not date-hunting herself, Becki delivers a range of education and training courses. One of Becki’s main areas of interest is teaching people how to provide Mental Health ‘First Aid’ but even more pro-actively encouraging others to recognise and look after their own wellbeing. You can read more about what Becki does at www.thelearn2group.org.uk.

Let’s face it – we all love a label right?! What sex do we identify with, what religion are we and don’t even get me started on whether I am ‘allowed’ to tick the “single” instead of “divorced” box on a form?!!

But on a film I watched recently, I heard the term “pre-successful” being used by someone who was unemployed and I wondered – is this something that I could also lend to my dating situation?...

…so the pros are of course that it may be perceived as a more positive way of saying “yes, I am still single” and it may just baffle someone enough to then not carry on and ask that ridiculous question “how/why are you single”? (You have to have some singles in the world to keep RSVP single events and dating agencies like RSVP running)?! I also like that it infers that there is a successful relationship to come in the future.

…alternatively, there could be an interpretation that not being in a relationship is actually a failure/ being unsuccessful – which is simply not the case.

So even though I am not convinced by my thoughts enough to write to Facebook and ask them to add an additional relationship status category, I have had a moment or two confirm, that the way we perceive things may have an impact on how we choose to live from day-to-day;

- at this time of year for example, many people have made New Years resolutions. Why?!!! Every one of us has the capacity to make choices and changes at any first or middle date of any of the twelve months!

- when people comment that we look nice in something we often quickly reply with ‘oh I’ve had this years/I got it in a sale’. Why?!!! Every one of us can train ourselves to say thank you and acknowledge the personal compliment for exactly what it was!

- when people comment that they don’t meet new people (or dates!), then state that they don’t go to any local/community/advertised activities… why?!!! Every one of us has the capacity to Google local interests and get involved in a way that suits ourselves.

So as a closing comment from me in this series of blog posts about emotional wellbeing and achieving balanced nutrition; who do you want to be, how do you want to feel and how do you want to live – whether you realised it or not, the power is all in your own hands. So take it, cherish it and enjoy it!

If you want to get in touch with me, you can do so via my website: www.thelearn2group.org.uk.

Becki Coombe
Posted by Marketing Guy at 17:58 No comments:

There Are Two People in Every Relationship

Recently the team at Dating Agency and Singles Club RSVP were discussing deal breakers within relationships. The typical things that come out usually are...

So in theory, if they do find the person who is right in every other way…the deal breaker -such as something from the above - would write them off and stop them from entering into a relationship. So, there would be no possibility of somewhere down the line of you or they perhaps changing their mind? 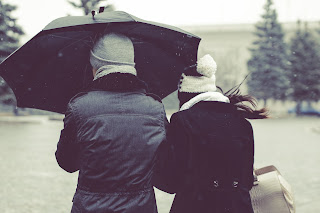 The RSVP team of expert matchmakers know only too well how people can be damaged from past experiences and will form their relationship decisions based on their view of what the future holds. But the future is an unwritten book. There is always the possibility that you may find yourself in love with someone who holds different ambitions for the relationship than you do. Furthermore, as a couple, there has to be compromise and a willingness to meet in the middle, to achieve a relationship that is  healthy and evenly balanced.

If you have been single for a long time, it is normal that you become the centre of your own universe. In some instances, people overly trust their instincts to protect themselves from getting hurt, rather than using their brains rationally. Consequently, putting barriers up can be easily be damaging when entering into a new relationship. It is best not to allow the negative aspects of a past relationship affect a new relationship.

When you are embarking on a new relationship, it is crucial to be considerate of the other person and respect their expectations. It goes without saying that you should never compare a current partner to a previous one. If you are relaxed and have formed a trust with a new person, perhaps you will love them more and relax your rules and expectations. It is worth putting yourself in the other person’s shoes. 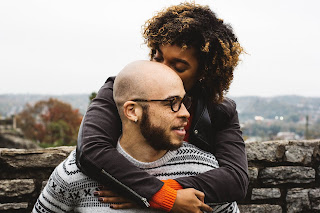 For instance, what if your partner is desperate to get a pet cat and you don’t like animals? Does your love for that person outweigh your dislike of pets? Would you really miss out on a potentially great relationship for the sake of some - dare we say it - arbitrary preference? In life, nothing is certain and people can change...including yourself. We should not fear change, as it often brings new experiences and possibilities. People who are willing to evolve and build up a new life are likely to be those who will make the best partners.


To find out more about the different memberships for dating and singles events at RSVP, call a member of our team of relationship experts on 01572 774882 or complete an online enquiry form.

Posted by Events Supreme at 16:58 No comments: